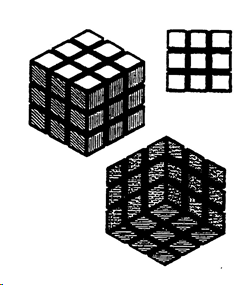 81      First, as EUIPO quite rightly observes, in paragraph 51 of the judgment on appeal, the Court of Justice merely criticised the General Court’s too narrow interpretation of the criteria for assessing Article 7(1)(e)(ii) of Regulation No 40/94. In that paragraph, the Court of Justice explained that the error of law made by the General Court in the original judgment, in which the General Court took the view that for the purpose of examining the functionality of the essential characteristics of the sign concerned, in particular the grid structure on each surface of the cube, the shape at issue, as represented graphically, should have been taken as a basis, without it being necessary to take into consideration any additional circumstances which an objective observer would not have been able to fathom precisely on the basis of the graphic representations of the contested mark, ‘such as the rotating capability of individual elements in a three-dimensional “Rubik’s Cube”-type puzzle’. In doing so, the Court of Justice did not make any findings of a factual nature and indeed could not have done so in relation to the intended technical result of the goods concerned.

82      Second, it is to no avail that the applicant, referring to Article 76(1) of Regulation No 207/2009, as amended by Regulation 2015/2424, suggests that the Board of Appeal was bound by the definition of the technical result allegedly suggested by the intervener during the invalidity proceedings. While the last sentence of that provision, a sentence which consolidates the earlier case-law of the General Court (judgments of 13 September 2013, Fürstlich Castell’sches Domänenamt v OHIM — Castel Frères (CASTEL), T‑320/10, EU:T:2013:424, paragraphs 27 and 28, and of 28 September 2016, European Food v EUIPO — Société des produits Nestlé (FITNESS), T‑476/15, EU:T:2016:568, paragraphs 47 and 48), states that, ‘in invalidity proceedings taken pursuant to Article 52, the Office shall limit its examination to the grounds and arguments submitted by the parties’, this does not, however, preclude the Board of Appeal, in its own examination of the arguments, facts and evidence submitted by the cancellation applicant, from reaching a different conclusion from that proposed by the latter. Furthermore, while the presumption of validity of the registration restricts EUIPO’s obligation to an examination of the relevant facts, it does not preclude it, in particular as regards the matters put forward by the party challenging the validity of the contested mark, from relying, not only on those arguments and any evidence produced by that party in its application for a declaration of invalidity, but also on well-known facts observed by EUIPO in the context of the invalidity proceedings (see, to that effect, judgment of 15 January 2013, Welte-Wenu v OHIM — Commission (EUROPEAN DRIVESHAFT SERVICES), T‑413/11, not published, EU:T:2013:12, paragraph 24 and the case-law cited).

96      In other words, as EUIPO quite rightly observes, the absolute ground for refusal provided for in Article 7(1)(e)(ii) of Regulation No 40/94 may apply to signs consisting of the shape of goods the graphic representation of which does not reveal all the elements which are necessary for the implementation of the technical solution concerned, provided it is shown that the implementation of that technical solution cannot be effective without the essential characteristics which are visible in that graphic representation. Moreover, such a consideration underpinned the decision of the Court of Justice to set aside the original judgment in the judgment on appeal. It is apparent from that judgment on appeal that the fact that the rotating capability of the vertical and horizontal lattices of the ‘Rubik’s Cube’ resulted from a mechanism internal to the cube, that is, an element which was not visible in the graphic representation of the contested mark, did not prevent the Board of Appeal from being able to have regard to that rotating capability in its analysis of the functionality of the essential characteristics of that mark.

97      As EUIPO also quite rightly points out, if the prohibition under Article 7(1)(e)(ii) of Regulation No 40/94 only applied to shapes the graphic representation of which reveals all the characteristics allowing a product to perform its technical function, it could easily be circumvented. It would be sufficient to omit, in the graphic representation, a characteristic without which that technical function could not be achieved, notwithstanding the fact that that function requires the presence of all the essential characteristics displayed in the sign at issue. If this were the case, the provision referred to above would not safeguard the public interest in competitors being able to use technical solutions which are not, or no longer, protected by a patent.

98      In the present case, given that the two characteristics of the contested mark which have been correctly identified as essential by the Board of Appeal, in the present case the overall cube shape, on the one hand, and the black lines and the little squares on each face of the cube, on the other, are necessary to obtain the intended technical result of the actual goods concerned (see paragraphs 85 to 90 above), it must be concluded that that mark falls within the ground referred to in Article 7(1)(e)(ii) of Regulation No 40/94.

99      The fact that the Board of Appeal has included in its reasoning the well-known characteristic of the ‘Rubik’s Cube’, relating to differences in the colours on the six faces of the cube, in no way affects that conclusion. Such an element which is not visible in the graphic representation of the contested mark could, like the mechanism internal to the ‘Rubik’s Cube’, which allows the rotation, vertically and horizontally, of rows of small cubes, legitimately be taken into account by the Board of Appeal when assessing the functionality of the two correctly identified essential characteristics of that mark. It must be noted in that regard that the applicant has, moreover, never explained to what extent the fact of having incorrectly identified as an essential characteristic the differences in the colours on the six faces of the cube could have an effect on the operative part of the contested decision.