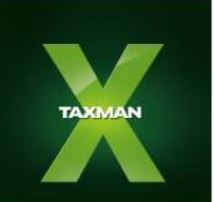 28      First, in the present case, the Board of Appeal pointed out that the earlier mark had been registered on 7 September 2018 and found that the request for a suspension of proceedings had to be rejected on the grounds that the applicant had filed the application for a declaration of invalidity at a late stage. The applicant was alleged not to have been diligent because it did not exercise any appeal to oppose the registration of the earlier mark before the decision of the Opposition Division. It added that the invalidity proceedings were only at an early stage.

29      However, the Board of Appeal could not reject the request for a suspension of proceedings merely because the cancellation action against the earlier mark on which the opposition was based had been brought out of time, that is to say after the filing of the appeal, by pointing out the lack of diligence on the part of the proprietor of the mark applied for (see, to that effect, judgment of 25 November 2014, Royalton Overseas v OHIM – S.C. Romarose Invest (KAISERHOFF), T‑556/12, not published, EU:T:2014:985, paragraph 42).

30      Furthermore, as the applicant and EUIPO point out, it was while finding that the Opposition Division’s decision was unfavourable to it and before filing the grounds of its statement before the Board of Appeal that the applicant filed its request for suspension.

31      Secondly, the Board of Appeal found, in paragraph 77 of the contested decision, that, by weighing up the interests of both parties and in so far as they had the opportunity to submit detailed information in the context, first, of the proceedings before the Opposition Division and then before the Board of Appeal as regards the likelihood of confusion, it was consistent with the principle of sound administration and the objective of ensuring the proper conduct of the proceedings that it should be able to rule on the merits of the case without there being any need to suspend the proceedings.

32      In so doing, the Board of Appeal merely confirms that it weighed up the interests, without referring to any analysis in that regard. In particular, it did not carry out a prima facie assessment of the likelihood of success of the application for a declaration of invalidity and did not verify whether that application could have resulted in a decision that would have had an impact on the opposition, which could not be ruled out from the outset in the present case.

34      In the light of all the foregoing, it must be concluded that the Board of Appeal failed to carry out a weighing up of the parties’ competing interests within the meaning of the case-law cited in paragraph 26 above and, therefore, committed a manifest error of assessment in dismissing the action on the ground that there was a likelihood of confusion within the meaning of Article 8(1) of Regulation 2017/1001.

35      Accordingly, the applicant’s second plea in law must be upheld.

36      Since the examination of the question of suspension of the proceedings is prior to the decision on the opposition, the contested decision must be annulled in its entirety, without there being any need to examine the first plea.